America’s Cup Village (Bermuda) – Having headed into the climactic day of the Red Bull Youth America’s Cup in fifth place overall, defending champions NZL Sailing Team of New Zealand mounted a monumental comeback. The Kiwis looked to have successfully retained their crown after claiming a perfect set of race results on the day with three consecutive victories, while the leaders after Day One, Land Rover BAR Academy, had endured a difficult afternoon and were still on the course with the rest of the field, languishing in fifth place.$ 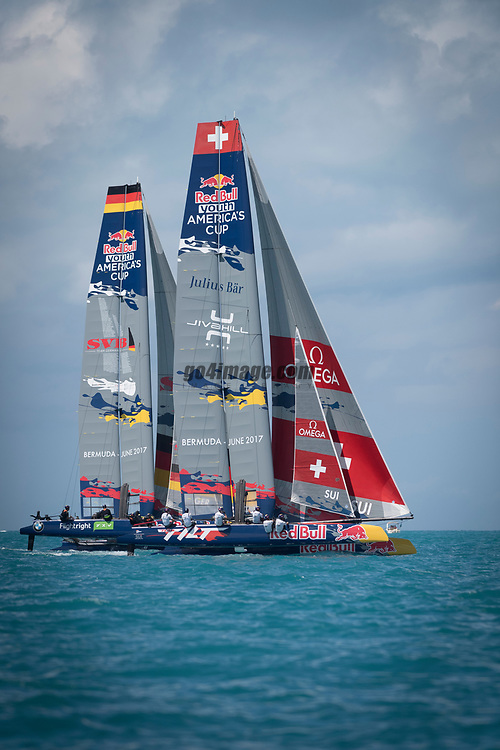