Original owner-skipper Harold Vanderbilt (1884-1970), was born to extreme wealth and used it wisely, investing in J Class yachts for the defence of the America’s Cup. A Harvard Law graduate, he successfully defended the America’s Cup three times with Enterprise (1930), Rainbow (1934), and the mighty Ranger (1937). A good sailor and tactician, Vanderbilt, helmed for all three defences, with tactician Sherman Hoyt. One of his greatest successes was against Endeavour in 1934, where he came back from a 2:0 start to win the next three races, defeating one of the strongest challenges to the Cup up to that point. Since her defence of the America’s Cup against Endeavour ll, Ranger has been referred to as the ‘Super J’.

By the end of 1941, Enterprise and Ranger, which had been laid up with all the other US Js, were scrapped.

The Ranger that sails today is a replica built to the original lines drawings in steel and launched at the Danish Yacht shipyard in Skagen, Denmark in 2003 recreating the look and feel of the existing J Class yachts Shamrock, Endeavour and Velsheda. The project was in development from September 1999 and its team of designers, naval architects and industry specialists designed and built Ranger to Lloyds Classification, the MCA Code of Practice, for the safety of large commercial yachts, and the J Class Association Rules. Ranger had an extensive refit led by Dykstra Naval Architects to optimise her performance in 2005/2006. 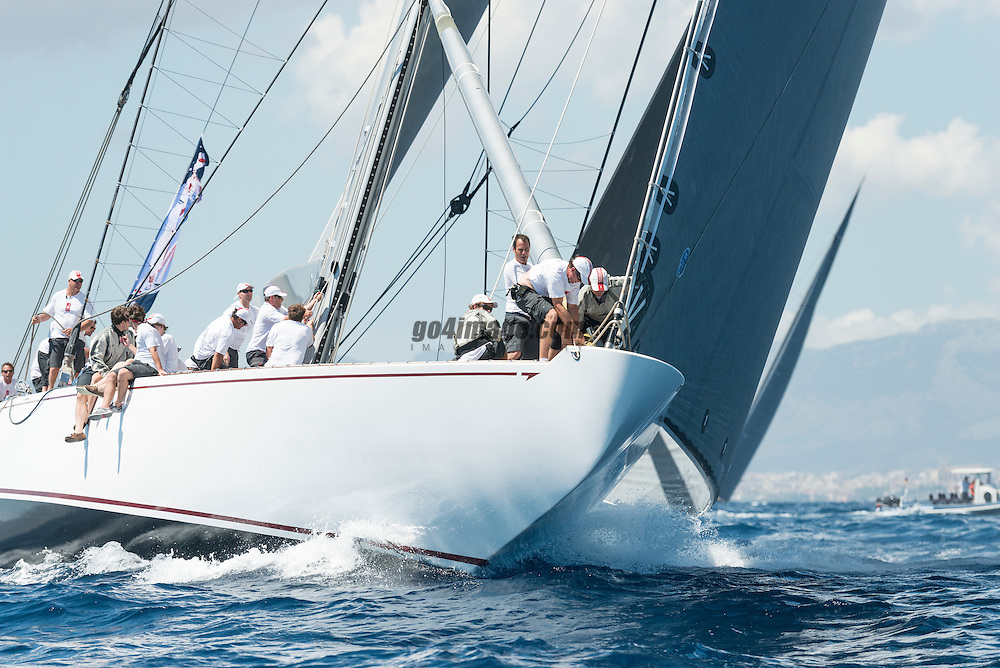